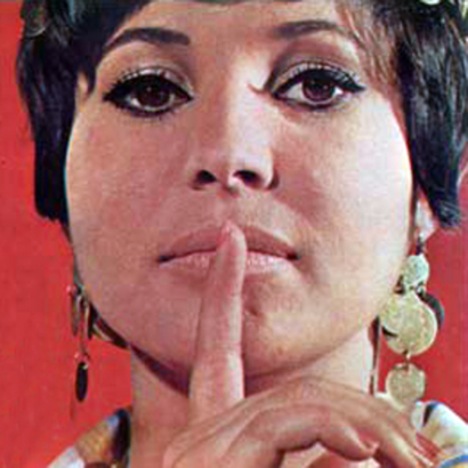 You’re about to get an education.

Among the droves of celebrity (and musical) deaths this year, one in particular risked falling through the cracks. This particular death is near to my heart, my heritage, and I’ll use this site as a vessel to celebrate.

Esma Redzepova-Teodosievska was a Macedonia singer, whose voice resonated for 5 decades throughout Europe. She is not an “independent” artist by our rubric, but Redzepova was arguably the most famous Roma vocalist of modern time. The Roma (Gypsy) people’s history is fraught with persecution, humiliation and, strangely, celebration. Esma celebrated all of this through music.

Redzepova began her career in the 1950s, wherein she was immediately lauded for her strong, emotional voice. She began as a teenager and receiver her training in Serbia. Her career was wrought with racial stereotypes, and disapproval from, not only white Europeans, but also the Roma community who considered her a cultural sellout. But her early disapproval would fade as her voice would persevere.

Her reign, as she would receive the moniker “Queen of the Gypsies,” lasted until her death earlier this week. She was 73. She collected several pieces of adulation throughout the world (NPR placed her in the top 50 voices of all time in 2010).

She started a school with her husband Stevo Teodosievska, served as a foster parent to 47 children, and performed in many different languages (Hebrew, Hinidi, Greek, Turkish and more). She was a citizen of the world, as many Romani have proclaimed before. To that end, her celebration of life was unprecedented.

Here she performs “Galem, Galem,” a version of the international Romani anthem “Djelem, Djelem.” The image at the beginning of the song is the international Romani flag, with its wheel representing the traveler, the green and blue representing the earth and sky. “Djelem, Djelem” itself, is a traditional song filled with the bittersweet flavor of death, danger and again, celebration. The film excerpts are from the movie, “Tabor uhodit v nebo” (Gypsies Go to Heaven) by Emil Lotyanu from 1976. The English translation of “Galem. Galem” appears below:

Oh, Gypsies, from wherever you came from
With your tents along lucky roads
I once had a large family too
But the black legion murdered them

Come with me, Gypsies of the world
For the Gypsies, roads have been opened
Now is the time – arise, Gypsies
We will go far if we act!