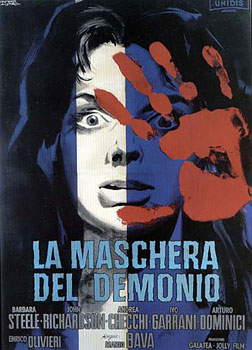 7 DAYS OF HALLOWEEN – DAY 6: Mask of Satan (aka Black Sunday)

his year we at YRCS are ringing in the most wonderful day of the year by counting down with a new public domain horror movie every day leading up. Sometimes we’ll put a historically relevant pic, sometimes a short, but always tying in to spooky themes.

During the 1960s, one couldn’t even speak of film without mentioning Italy. Directors like Fellini, De Sica, Sergio Leone were reaching international fame and re-configuring the motion picture.

Among these celebrated names lies the director of day 6 of our countdown. Mario Bava began his film career not as a director, but as a special effects sculptor. Originally an artist by trade, Bava worked with some of the great Italian filmmakes of the day, eventually find his own foothold as a director. Black Sunday is one of his most celebrated works, and stars Barbara Steele who would become an iconic name in Gothic horror cinema.