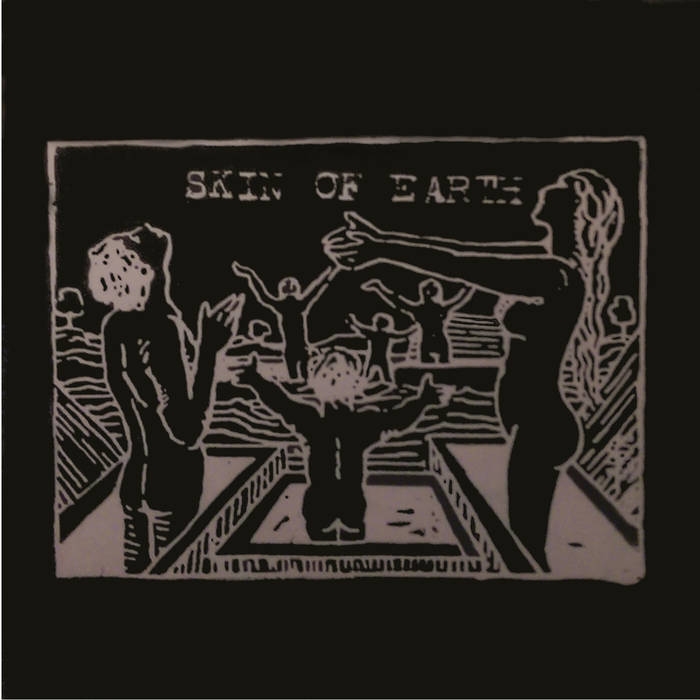 Skin of Earth Gives No F***s In Unique, Self-Titled Debut

Long-running Des Moines instrumental trio Skin of Earth released their first LP earlier this year via Sump Pump Records. The self-titled album, recorded live to 4-track at noise-friendly Des Moines dive bar The Fremont, possesses an immediacy which offsets the band’s tight playing and intricate compositions. There is an internal logic to Skin of Earth’s songwriting; structures wind and twist through myriad parts and transitions, yet they never meander. The songs are heavy as fuck–you can HEAR the stacks–but loaded with a melodic sensibility that more than compensates for the lack of vocals.

Much like labelmates Fetal Pig, Skin of Earth operates outside doctrinaire genre classifications. I am reminded of the heavier end of ‘90s post-rock, particularly A Minor Forest. There are also definite stoner and doom vibes in the riffing, and some may even point to modern shoegaze; but the LP is loaded with little moments that transcend these tidy boxes. Mixed with the anthemic riffing are angular, dang-near-jazzy turnarounds, and dissonant chord shapes that would not be out of place on a Dazzling Killmen record.
Skin of Earth succeeds at presenting longform instrumental songs as though they were pop music, playing with a confidence that asserts this is the way the songs should sound. In a better world, more people would find this album easily digestible. As is, it’s a great example of what happens when a band creates a soundworld that could only resonate from the individuals involved. “Skin of Earth” is a unique record that belongs to itself, giving not a shit about what you think. And that is what makes it so enjoyable.