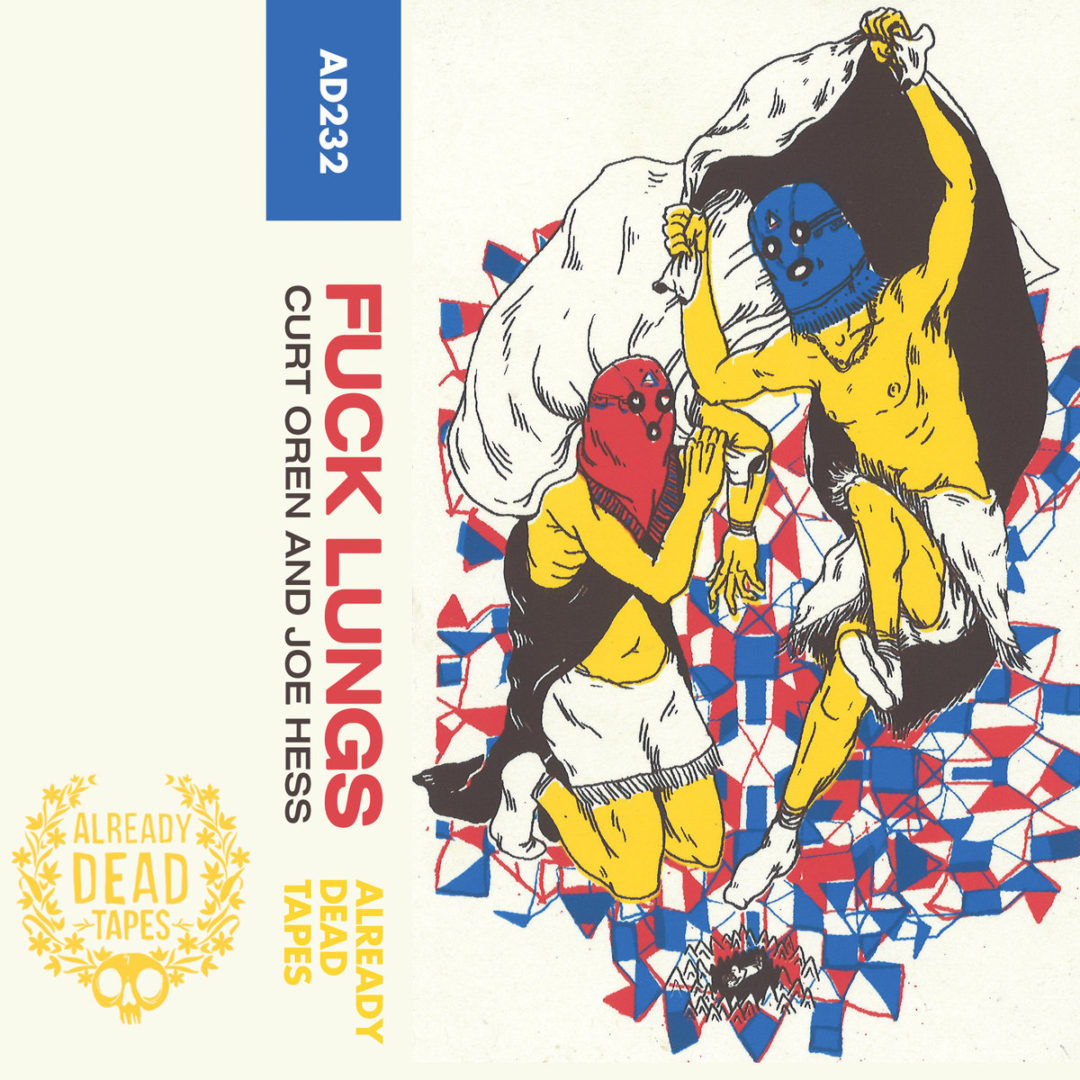 The album begins with a two minute-long meditation that is a prelude to more frenetic proceedings, yet also serves as a statement of intent. Following this pastoral intro, the duo dives headlong into freakout waters with “Most Professional of Professional People”. Baritone sax skronk and Rashied Ali-inspired drumming are augmented by subtle effects, a tinge of overdrive bolstering the already blown out horn.

Electronics are used to great effect throughout the album. Both gentlemen manipulate the timbre of their instruments in real time, modulating and saturating sounds, helping to couch each track in its own unique atmosphere. The closer, “The Topography of the Fucks”, manipulates tones in a way that nods to dub production, before dissolving in layers of feedback. “This Is Not the Place” exploits their sense of dynamics, with effected percussion creating near-melodies while Oren blows some sweet flute whispers. This quickly dissipates and transitions to distorted sax honks and echoey drums.

The restrained opening of “Actually Without Bones” reminds me of early ’60s Sun Ra, with its insistent toms and cymbal washes. The sax remains low key, blowing a soft melody, while the drums build in intensity. Instead of going into outer space, however, our dudes bring it back down and exploit some negative space, the tune slowly winding down in musical entropy.

Fuck Lungs’ approach is best displayed in the empathetic communication of the ironically-titled “Loud Unit”. Hess employs brushes, making tasteful skitters across his snare. Oren’s horn talks back, the sounds of his breath and his sax’s pads superseding any actual notes. Having self-deprecatingly referred to himself as a poor man’s Colin Stetson, it is exciting to hear Oren stretch out and explore his own language on his instrument.

Throughout “Fuck Lungs” there is a restraint made more significant by the participants ability to shred. Knowing Oren’s and Hess’ potential for heavy, dextrous playing, and feeling like they are constantly on the cusp of busting loose, the listener is kept guessing as to when the tension will be released. While free improvisation is often approached with trepidation by non-acolytes, Fuck Lungs creates a dialogue through their instruments that is easily digestible by new initiates. Despite lacking form in the traditional sense, these nine pieces feel like “songs”, deliberate and well-crafted conversations between friends.