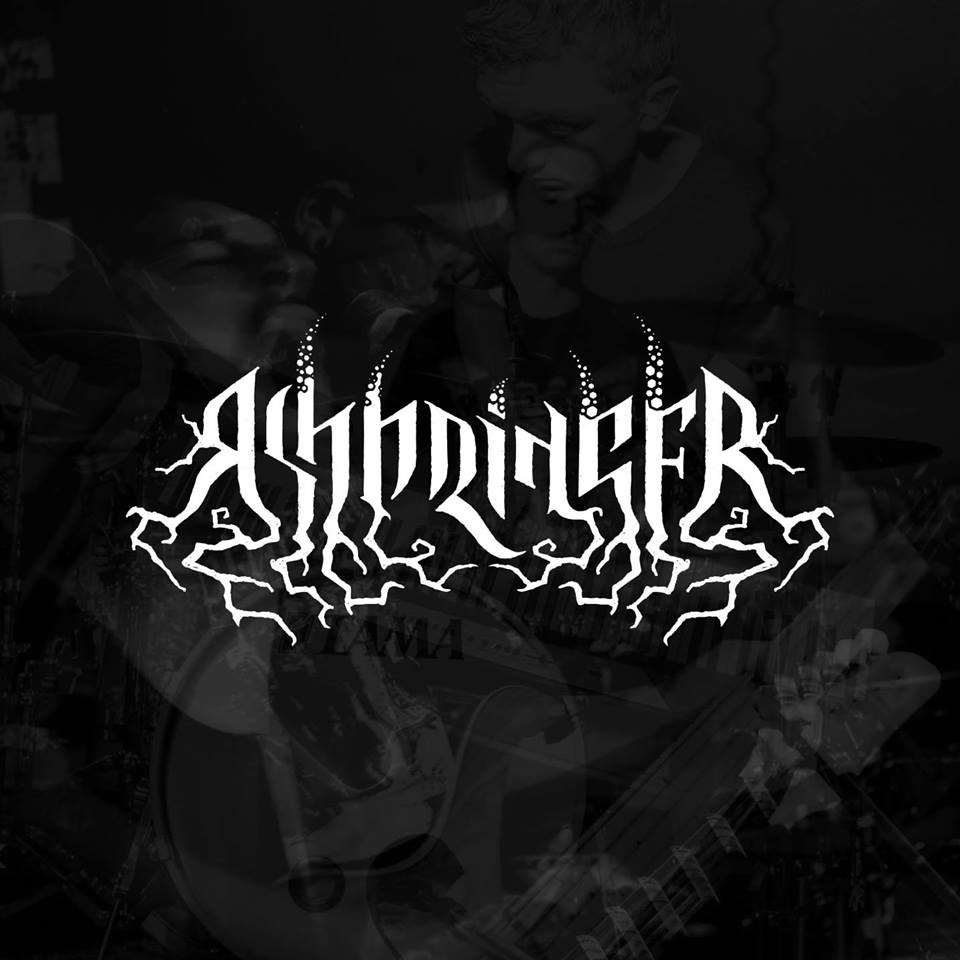 You wouldn’t look at the clean-cut, mostly bespectacled members of Ashbringer and think black metal. Or maybe you would, in that one of the things for which post-black metal is often known is its shedding of traditional BM imagery. And while you could assign the post-black label to this band, I don’t think it would be fair to do so. No, this is gloriously atmospheric pagan black metal, glowing like a heathen blaze in a forest clearing.

The build of “Solace” is slow, taking over 100 seconds to introduce the album, but when the affair shifts into gear, it slams the pedal to the floor. A blackened storm erupts, dripping with atmosphere, as simple but effective guitar melodies weave through the chaos. Later a synthesizer is added that further enhances the aura. The second half of the track is announced by a calm and haunting acoustic guitar passage, and another melody builds in urgency until percussion returns to lead at a firm but unhurried pace to a conclusion rife with an Agallochian quality. The transition to “Oceans Apart” is seamless, without any realization that there’s been a track change at all; it just seems like a new movement of the same song. The melodies of Solace are great, but “Oceans…” shows them up in every way, the guitar notes effortless, ethereal, and reminiscent of Oak Pantheon’s work. At only five minutes long, this track is one of the shortest, but it packs an unbelievable amount of power and feeling into that time. An early highlight.

“Lakeside Meditation” attacks in a flurry of high tremolo guitar before settling into Agalloch/Oak Pantheon territory, and the rocking almost-Smiths-like guitar riffs here are a treasure in between all the mesmerizing tremolo work. “In Remembrance” has a lighter feel, uses a lot of sparkling keyboard notes, and even some jazz interplay in the shuffling percussion. Not my favorite, but I appreciate the diversity it brings to the middle of the album. It is also the turning point where “Yūgen” goes from great to truly stunning.

“Celestial Infancy” is essentially Oak Pantheon fused with Anathema; a heady and intoxicating combination for me indeed. The icy cold, gorgeously high and otherworldly tremolo guitar raises the hair upon the skin, inviting exhilarating chills. The Anathema resemblance comes in the use of synthesized vocals at the end, utilized to spectacular effect in their song “Closer,” and very nearly as good here. There’s also something in the big, spacious riffs that harken back to Anathema’s resounding progressive genius. But as “Celestial…” merges into the next track, any and all conception of what “Yūgen” is goes out the window.

The keystone and utter triumph of the title track is in the angelic female vocal that dominates it. The use of soaring female background vocals in metal became a hot technique in the ‘90s, and then was quickly done to death and lost most of its value. But one band that had the most effective take on it was Norway’s The Third and the Mortal, largely because those vocals were just so damned good. Those used here are in that realm, and make you understand why so many bands fell under the concept’s spell. Elizabeth Redding is the vocalist here, and her pure and airy tone is just magical. Combined with the driving, intense rhythm and atmosphere of the music, this is a song that holds me utterly riveted every time I play it. In this moment it becomes clear that the members of Ashbringer are not just some metal dudes from Minnesota, but sharply talented songwriters with brilliant ideas.

“Omen” is a lovely instrumental–almost regal-sounding by its end–that leads into finale “Glowing Embers, Dying Fire.” Bombastic from the start, it brings the Ashbringer elements — pagan ambience, piercing melodies, and effective keyboard use — together for a fitting and excellent end. Its final seconds are nothing but the sound of a crackling fire. The pagan conflagration that was both fuel and backdrop to this remarkable work is now spent. Luckily, Ashbringer has captured and immortalized the experience through this inspired recording so it can live on forever.